Music as a Business

I teach at an arts high school, and one of the classes offered to instrumental music juniors and seniors is called “Music as a Buisness.” That title is different from many other places — most schools just call it “Music Business.” But this makes a clear distinction. Music as a Business.

I never considered that music was a business.

Even when I was a music major in college, I avoided like the plague  any classes that had anything to do with business. I never even took Economics. I knew that it would be difficult to make a living as a musician, I knew that I would never make a lot of money, but it never occurred to me that I would be involved in a business.

Music was still something that I did for fun. Sure, I worked at it, and I worked hard at it, but the rewards at the end of the day were applause or a grade or winning  an audition. Money never really entereed into the equation.

By the end of my senior year in college, panic had begun to set in. I had played a few gigs, but they were still fun. I spent the summer working as a counselor as a music camp, and still had fun.  Fall came, and I was lucky enough to land a job. An actual job, playing music. I signed a contract, booked a flight to New York, and joined the national tour of “The Music Man.”

Several years later, I moved back to LA and embarked upon my career as a freelancer. Every gig that came down the pipeline was a gig that could help build my career and help establish my name in the city, but it was also just another drop in the bucket to make the rent. As a private teacher, I cultivated a stable of students and developed relationships with area schools. Everything was going just as planned.

Everything is still going as planned, and I couldn’t be happier and feel luckier about the career choices I have made and about the career I currently have. I wouldn’t trade it for anything in the world. But there is so much I have learned.

Music is a business. It is a job. (At least for me.) It is not a hobby. When I come home at the end of the day after teaching and playing and performing, sometimes the clarinet is the last thing I want to think about.

This is a tricky transition. For most of us, music began as a hobby. As a kid, I participated in every hobby I could think of until I finally found one that stuck. Music stuck.

But when I made the choice to make music my life and my livelihood, I forgot that I would need to find a new hobby.

For the past several years, my life has been out of balance. It has been all work, work, work — all music, music, music. To some of you, that might sound like paradise. And please understand, I am not complaining. But if you went to work every day and kept ridiculous hours and had two or three days off a year and still didn’t actually end up with a paycheck that reflected all of that, you might start to feel a little burned out. 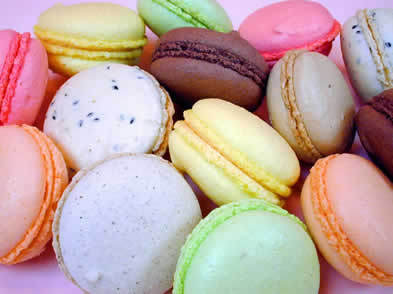 So this year, I have found a hobby. And I am taking it seriously. I am studying it, I am making time for it, and I recognize its importance to my mental health. I know that if I make an effort to cultivate an aspect of myself aside from music, it will make me a better person, a better friend, and most importantly, a better musician.

Happy New Year from Third Wheel!  May you find your life’s passion and be passionate about having fun!